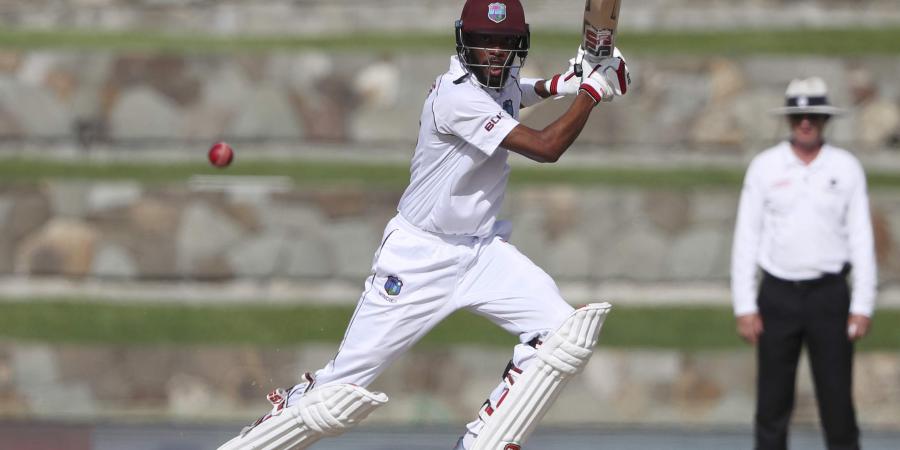 Roston Chase said he was ready to play the anchor role in the swashbuckling West Indies batting order during the ICC Men’s Twenty20 World Cup, starting this Sunday in the United Arab Emirates and Oman.

Chase admitted his game was not built around the raw power of many of the other batsmen in the Windies top order, so he could play a role like what he does for St Lucia Kings in the Caribbean Premier League (CPL), which helped him to earn a place in the 15-member squad.

“I see myself playing a similar role,” Chase said during a virtual media conference from the West Indies training base in Dubai on Thursday.

“I played for the St Lucia franchise for the past two years where I come in mostly after the Powerplay and knock it around and pick up the ones and twos and the occasional boundary when the ball is in my area to score so it’s an easy role for me.

“I like that role and with the power-hitting guys that we have, my role is just to give them the strike and let them do their thing but if the ball is in my area I will put it away.”

“Early on in this year’s CPL, the pitches were a bit difficult,” he said. “They had a lot of grass, but the grass was kind of spongy. It wasn’t like even grass for the ball to slide on.

“The ball was bouncing a bit; that was a bit hard, so I just thought that after the first couple of matches I was trying to go at the ball a bit too hard. It was a pitch that you needed time to get in first and then it became easier.

“So that is what I told myself after the first couple of games, just give myself a bit of time at the crease and then let my stroke play take over from there.”

Chase said he might have to make similar adjustments for the pitches in the UAE.

“We’ve had three training sessions so far, and basically, the pitches have been coming on pretty good,” he said.

“The only issue I see with the pitches is that they’re keeping low, so you probably have to stay low when you’re executing your shots and that should work, but the pitches are coming on a lot nicer than the ones we usually get in the CPL, so it should be a bit easier to get some runs.”

Two-time champions West Indies open their title defence against England on October 23 at the Dubai International Cricket Stadium in a rematch of the 2016 final.

They have been drawn in Group 1 and will also play group matches against recent opponents South Africa and Australia, as well as two teams that advance from qualifying round in the first week of the tournament.